The Irish tourism industry is expected to employ an additional 7,000 people in 2016 with another record year of business being predicted by its representative group. Hen Party Packages 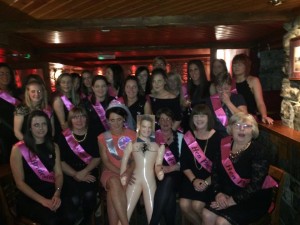 The Irish Tourism Industry Confederation (ITIC) said the same benign conditions that led to 2015 being a strong year for the sector were likely to stay in place. Stag Party Packages

These were buoyant economies in the key markets of Britain, the US and Europe and favourable currency exchange rates with the US dollar and UK pound. Greater capacity in airline travel and cheaper fuel were also factors in the value of the State’s tourism industry exceeding €7 billion in revenue this year for the first time, ITIC said.

The domestic tourism economy has also performed well, growing by 6 per cent to €1.6 billion. An additional €300 million was earned from visitors from Northern Ireland, ITIC said.

Mr O’Mara Walsh said each €1 million increase in revenue from overseas visitors generates 14 new jobs. The projected 5 per cent growth in visitor numbers would lead to 6,800 new jobs, he said. He added that better marketing of the Irish tourism product may lead to an even larger increase.

The industry currently employs 220,000 people inthe State, or one-in-nine of those in employment.

However, Mr O’Mara Walsh said the €109 million allocated in the Government’s capital programme over the next five years for tourism was inadequate and the figure should be increased to €250 million.

This would allow for development of the 15 signature points on the Wild Atlantic Way and the regeneration of traditional “Victorian” Irish seaside towns such as Bray and Tramore.

ITIC chairman Paul Gallagher said Ireland had won market share over competitors such as Scotland by being more competitive.

“This is because we have trimmed our costs, improved our product and the marketing programme is much more finely attuned to where our customers are,” he said.

Mr Gallagher said Dublin needed 5,000 new hotel bedrooms urgently, or the equivalent of 30 new hotels, and that a lack of capacity was acting as a “handbrake” on growth.

Fáilte Ireland is soon to produce a report on the subject of Dublin hotel development. He also said the industry needed the certainty of the 9 per cent VAT rate to be retained on a permanent basis.

He pointed out that the revenue generated by increased tourism numbers since the VAT rate was reduced from 13.5 per cent to 9 per cent in 2011 has more than made up any loss of revenue to the exchequer.