Earlier Predictions by Dublin based Estate Agent, Property Group Tynan Martin Auctioneers (01 8603365), that property prices would continue to rise in 2015, has been borne out by the latest figures from the CSO. Property Group Tynan Martin had stated earlier this month that this would be particularly so in Dublin as demand by a new generation of first-time buyers out-stripes the supply of new homes. 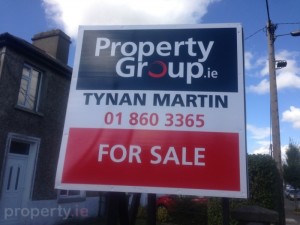 Residential property prices rose by 16.3 per cent in the year to December with prices in Dublin 23 per cent higher, according to new figures from the Central Statistics Office (CSO).

Prices rose by 0.4 per cent last month, compared to an increase of 0.5 per cent in November and a rise of 0.3 per cent for the same month a year earlier.

In Dublin, residential prices were up 0.3 per cent in December versus the previous month and compared to a 0.3 per cent rise for December 2013.

Apartment prices in the capital were 21 per cent higher as against the same month a year earlier. However, volumes remained low.

House prices in Dublin remain 35.6 per cent lower than at their peak in early 2007, while apartment prices are 44.9 per cent than at their highest level in February 2007.

Property prices outside of the capital rose by 0.7 per cent last month. Prices were 10.2 per cent higher than in December 2013. The price of property outside of Dublin remains 41.4 per cent lower than at their peak in September 2007. 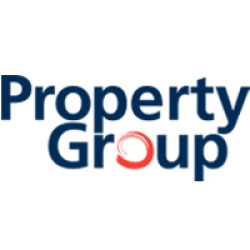 Property Industry Ireland (PII), an Ibec group that represents businesses working in the property sector, the latest house price data and the announcement of the Central Bank’s new mortgage lending policy showed that affordability would be a key issue for the sector this year.

“While house prices rose 16.3 per cent nationwide, across regions price trends vary considerably. This is down to local economic conditions and different supply and demand needs. The real impact of the mortgage lending policy announced by the Central Bank will need to be very carefully monitored in light of these trends. Initiatives to prevent a housing bubble should not be at the expense of regions, which are only now starting to see new building taking place, or first-time buyers and tenants in cities who struggle to raise a deposit,” said PII director Peter Stafford.

“If there are continued shortages of housing in high-demand areas, it will both undermine quality of life and Ireland’s competitiveness. Affordability is both a social issue and an economic one. A national property strategy, overseen by real cross-agency engagement and evidence-based policy, is the best way to promote regional growth and ensure a stable, functioning housing sector,” he added.

Alan McQuaid, chief economist with Merrion Capital said the underlying housing market is a lot stronger than the official data suggests as the CSO figures are based on mortgage draw-downs and don’t include cash transactions.

“Although cash sales are not as high now compared with the start of 2014, they are still significant, accounting for roughly one in three of every transaction,” he said.

He added the generally improving economic backdrop should help to sustain the house price recovery in the short-term even with credit restrictions.

“Taking all the factors into consideration, an increase of 10 per cent is projected for 2015,” he said.

Tynan Martin Auctioneers is a Member Firm of The Irish Auctioneers & Valuers Institute and has expert knowledge of the local property market. Our highly trained personnel who have a combined experience of over thirty five years are there to assist in all matters relating to property sales and lettings.

If you are considering selling or renting your home then contact Martin Tynan MIPAV at our office for a prompt and efficient service (01 8603365).