Posted on 6 August 2015 by Lord Gardiner 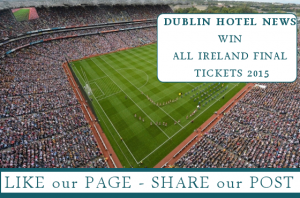 He reckons there is an “immense” difference between the way his team entered that game, in 2013, and how they enter it this Saturday: Mayo comfortably triumphed 4-17 to 1-10 in 2013, and Donegal looked a tired outfit.

“We’d lost the Ulster final, and we’d just come through a very difficult game in Carrick-on-Shannon, just six days later,” says McGlynn. “So we felt we were straight into it again.”

Donegal lost their Ulster final to Monaghan on July 21st, beat Laois in Carrick-on-Shannon on July 27th, then played Mayo on August 4th. Three games in three weeks, in other words, and as defending All-Ireland champions, it was simply too much to bear.

This time, Donegal got 13 days to recover from the Ulster final defeat to Monaghan, before taking on Galway in Croke Park last Saturday.

“This year, we had a bit of a longer break, after the Ulster final, with the 13 days, and the difference really is immense,” says McGlynn. “That second week allows you have the few blow-outs at training, then recover again. Because in 2013 it was 20 minutes or so before that game (the Ulster final) was out of our system.

“This year, with the two weeks’ recovery after the Ulster final, that has made a big difference. Against Galway, in the first half, we wouldn’t have been too happy . . . They certainly asked serious questions of it. The second half opened up a good bit and we were able to get scores.”

Still, both Donegal and Tyrone will need to buck a trend this Saturday in order to progress to the semi-final.

“Mayo have been one of the top four teams in the country for the last three or four seasons now, so we know it’s a massive challenge again,” said McGlynn.

The teams meet for the third time in four seasons in the championship, having met only once in All-Ireland history prior to that. Donegal lead 2-1 from those three previous meetings, including of course the 2012 All-Ireland final).