There are undoubtedly some concert-going die-hards who still call it The Point but the 02 name for the music venue has slowly but surely taken hold since the telecom bought the naming rights, under a 10-year deal, after the venue’s revamp in 2008. 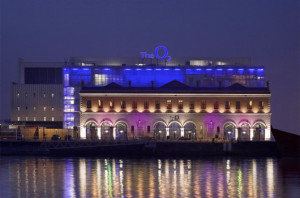 But what’s going to happen if the 02 brand is phased out, as it will be if Hong Kong conglomerate Hutchison Whampoa, owner of Three Ireland, gets regulatory go-ahead to purchase, 02 Ireland?

While Three says that all decisions are on hold, and it’s very much competitive business as usual between the brands, if the buyout goes through the 02 brand will be phased out over a two years from the date of the sale.

It seems likely that, as a venue, the 02 will change to simply Three or maybe even The Three – a testing combo for some of our regional accents where “haitches” are not pronounced. The regulatory approval process could, it’s believed, take at least six months which would then prompt a look at the workings of existing 02 and Three sponsorships.

It could mean a jersey change for the IRFU – 02 sponsorship was extended to 2016, and the logo is writ large on the green shirts. Curiously that would mean players on the national teams in both rugby and soccer would sport the Three logo – earlier this year Three extended its relationship with the Irish football team to 2016.

Its first major campaign for the telco kicked off earlier this month with a TV campaign for the brand’s new bill pay “all you can eat” tariff. It enlisted Oscar-winning UK visual effects studio Framestore for the animation.

When the Luas Red Line extension opened in 2009 there was some comment that the light rail operator had opted to go old-school, ignore pricey sponsorship arrangements, and called its last stop on the quay The Point. That’s one sign that won’t have be changed.