Children’s Theatre, Family Fun, for Everyone

Children’s Theatre is as old as time itself, throughout the ages theatre was the medium most easily understood by the majority of people, however, in the modern day when all things appear to happen in cyber space, the reality is that children and adults continue to be enthralled by the love of theatre. 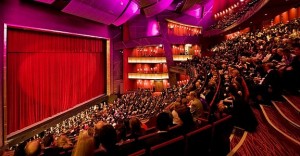 Theatre companies are achieving crossover successes by tapping into the nostalgia and escapism that attract adults and children to Pixar movies and Harry Potter.

“A nostalgic generation,” as Collapsing Horse Theatre Company director Dan Colley put it to the cast of their hit show Monster/Clock last year. He was referring to the fact that the majority of the audience who came to see Monster/Clock, a theatre piece for all ages using puppetry and music, were in fact their peers.

This group of theatre-makers, in their early 20s, were evidently tapping into some zeitgeist and whetting the same appetite that brings adults out to Pixar movies such as Up and Toy Story, or has them reading popular fiction aimed at younger audiences, such as tales of a famous boy wizard.

Every generation has nostalgia for elements of their childhood – and in theatre, some of the most talked-about shows in recent years have been designed for all the family: this might be children’s theatre, but it’s in mainstream venues and with no expectation that an adult should necessarily bring a child.

James Thiérrée’s show Raoul, which played at the Abbey Theatre in 2011, was spectacular, while Theatre Lovett’s The Girl Who Forgot to Sing Badly and The House that Jack Filled were hits with children and adults. The latter show had a majority of adult attendees at the last Dublin Theatre Festival.

“We do work really hard at developing work that engages absolutely everyone,” says Muireann Ahern, Theatre Lovett’s artistic director, along with her husband Louis Lovett, who performs in their shows. “Louis calls it a win-win-win situation.”

Lovett explains this as a “triangle of energy between performer, adult and child. It is unique to play to all ages; in many cases, one or other parties is left out. We’re like the US marines – no one gets left behind.” The pair have just returned from a US tour funded by Culture Ireland. It was the first time Irish theatre for young audiences was represented Stateside on such a scale and Theatre Lovett was the first Irish company to play at New York’s New Victory Theatre.

“No matter where you go in the world, children are still children. They want to be brought on a cracking good story; adults too,” says Lovett.

The couple arrived home to find bundles of envelopes, letters and pictures from those they had met on tour. “Doing shows for children is the closest I’ve come to being a rock star,” he laughs.

“The children’s theatre I’ve been really excited by recently has done away with a lot of the formality we associate with theatre, which hides everyone from the making of it. Instead, it was present and sincere,” says its writer/director Dan Colley.

Eoghan Quinn, who wrote Monster/Clock and is dramaturge for Human Child, points out that the term “children’s theatre” is almost an oxymoron in that it’s created by adults.

So how do theatre-makers access that part of themselves necessary to make work for children of all ages?

“Well, we don’t take ourselves too seriously,” says Jack Gleeson. He is one of the founding members of Collapsing Horse, previously starred in Monster/Clock, and is best-known to audiences here as Joffrey in HBO’s Game of Thrones television series.

“We started by telling stories we were told as children, but we also did things like build a blanket fort,” says Colley.

Aaron Heffernan (23) is an actor and puppet-master on Human Child (his next major role is in TV series Love/Hate).

Heffernan says he sometimes “forgets what people expect from adulthood”, before embarking on an impromptu riff about his childhood teddy bear Simon, a polar bear – “I’ve never slept a night in my own bed without Simon” – and how visitors to his apartment often found him “cutting up teddy bears, with a big stag’s horn made from piping on the wall, as if I’d caught it . . . They were just wondering what was going on with me . . . in life,” he says. (He was making puppets.)

“But I do adulty things as well, like, I, eh . . .” he stops. “You pay taxes,” offers Jack. “Yeah,” says Heffernan, laughing. “But I am very serious about it,” he says, before showing the scars on his arms from hot glue. “This one looks like Guatemala.”

“Would you ever cut Simon up?” I ask, thinking of his Arctic friend.

Aaron: “I can’t even think about that.”

Both: “What’s wrong with you?”

“We’re very lucky, neither of us have stopped playing. I’ll never confuse myself with being a child. Play shouldn’t be phoney. It’s not about getting on hands and knees to a child’s level. Theatre Lovett take play very seriously.”

Another quality to which both companies attribute part of their appeal is basic theatricality. Collapsing Horse and Theatre Lovett use physical theatre, storytelling, puppetry, comedy and music.

“It’s about bestowing enjoyment upon the audience,” says Gleeson. “Some adult theatre might be about the piece itself. For me, it’s 90 per cent what the audience will enjoy.” “If we want to shower the stage with beautiful stars we can. You can get away with being spectacular,” Colley adds.

Both agree that there is a degree of escapism at play in their work.

“It’s about that confusion, pain and fear – true of being a child and of being an adult – we draw on being able to alleviate it for a moment. It might be a cliche, but to leave yourself in theatre, fantasy or wherever, allows you to come back to yourself with fresh eyes.

“Human Child is inspired by the Yeats poem Stolen Child and it says it all really,” says Colley. “Come away, O human child! To the waters and the wild./With a faery, hand in hand . . .”

For Quinn, a “sense of loss is always latent in children’s fantasy; we are trying to create for an audience of which we are no longer a part”.