Irish Pubs in Dublin are by far some of the most popular pubs in the world, Dublin pubs offer a range of products and services for your enjoyment, locally produced food sits easily with locally crafted beers. It is this commitment to good food and select beers that makes Dublin one of Europe’s most popular cities for international Globetrotters. 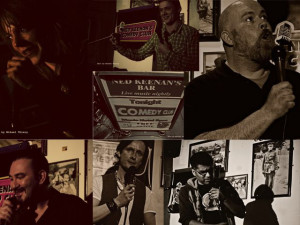 Enjoy the taste of Dublin, sample hundreds of beers, real ales and extensive menus of traditional Irish food then wind the evening away with live entertainment. Take a look around at some of the establishments we have on board with us.

If You are Touring Ireland here are a few favourite Pubs

Fethard (pronounced “Feathered”) stands in the middle of a beautiful, undulating plain of smoky mountains and wet roads, co-ops and creameries, ruined monasteries and lean racetracks. By day, the banter in McCarthy’s is dominated by the conundrums of the dairy industry and the cryptic world of horse racing. The pub is the spiritual home of the Coolmore Stud, the most successful thoroughbred stud in the world. McCarthy’s possesses a dark and inviting interior, its tobacco-stained walls smothered by images of men clutching trophies, well-toned horses in mid-flight, revolutionaries at play, the Bloody Sunday football team. Rattan stools wait along a counter of solid oak that runs the length of the right-hand wall, broken midway by an arch. McCarthy’s has a catchphrase: “We wine you, dine you and bury you.” Sure enough, the pub offers both an upmarket restaurant and an acclaimed undertaker service.

In more carefree times, there was an unofficial commandment that stated: “Thou shall not drive through Abbeyleix without pausing in Morrissey’s for a pint.” Considering Abbeyleix’s beguiling location on the main Dublin-Cork road, this law firmly established the premises as an institution of major importance. The pub is effectively a large wooden cavern, softly lit by lamps that hang from a ceiling held up by metal beams. The room is loosely carved into a warren of snugs and seating areas by dint of wooden partitions and stand-alone walls seemingly crafted from old biscuit tin lids and dismantled clocks. The legendary charm of Morrissey’s undoubtedly hails from the incredible collection of old-world goods on display on its dark shelf-lined walls. These shelves are packed with the sort of products that would have abounded in a village grocery half a century ago: huge jars of sweets, an old slicing machine, Boyne Valley cornflakes and Morrissey’s own Famous Tea, right beside the scales on which the packs were weighed.

Ger Clancy is a passionate fan of the old-style Irish bar. As such, he and his wife Breda have done much to bring the pub back to its original Edwardian state. Clancy’s is considered one of the great music pubs of eastern Ireland. Every Thursday night, somewhere between 12 and 15 musicians now congregate here. They play fiddles, bodhráns, flutes and mandolins, and sing songs about long-gone tyrants, rising moons and rose-peppered valleys. The tobacco-stained walls are pasted with scores from songbooks, classical and traditional. The audience sways upon scruffy benches and assorted chairs, tapping their heels on the wide-plank floor and allowing their voices to join in with the repetition of each rousing chorus.

Jimmy Maguire, the soft-spoken owner, was born in the pub and had his childhood bedroom upstairs. “Very little has changed,” says Jimmy. “I love old things and the way it was when I got it suited me fine.” Tigh Neachtain’s is strong on both literary and musical customers with well-attended traditional sessions a regular feature. It helps, of course, that the pub is located on one of the busiest streets in a city that is alive all year round with a commotion of students, visitors and citizens alike, the atmosphere kept sharp by the music ringing on the Atlantic breeze.

Sligo is blessed with an above average selection of old-style pubs. Thomas Connolly’s is a rare and wonderful premises, from its marvellous Kilkenny flagstone floor up. Generous tongue-and-groove snugs run along one wall. Timber and glass partitions allow light to flood in while ensuring the spaces remain enclosed and private. The long bar counter rolls up past the snugs and main bar area, curling towards a pot-bellied Romesse stove at the far end. Miscellaneous pages from the original ledger books, The Chronicle and The Sligo Champion are framed alongside glass mirrors, tattered calendars and browning photographs.

The instant one enters the pub, the musical ambience takes over. The wall, stage left, is covered in flutes, fiddles, bodhráns, pipes and saxophones. Unlike most rock cafés, these instruments have a very real history. The mandolin criss-crossed Ireland with Paddy Keenan and the Bothy Band. The fender jazz bass guitar belonged to the late Noel Redding, the former Jimi Hendrix bassist and celebrated resident of Clonakilty. Wherever possible, owners Bobby and Eileen have left the original pub interior intact, including the bar, complete with snug. A dark wooden corridor lined with photographs and posters leads to the purpose-built auditorium where the de Barra Folk Club congregates. And if the bar staff appear to be particularly interested in the tunes, that’s because they are all gifted musicians in their own right.

Annie McGinn’s pub in Newbliss was purchased in 1912 in trust for her father Hugh McGinn and Annie has left the pub as it was in her parents’ day: small, warm, simply decorated. Two special malt barrels he purchased from Edmunds of Dublin in 1912 rest above the bar to this day. Among Annie’s intriguing customers are the miscellaneous artists, writers, musicians and other oddities attending nearby Annaghmakerrig, the retreat set up by late theatre director Sir Tyrone Guthrie. Annie has served plenty of stout to such residents and is never happier than when there is a line of characters seated along the bar and the banter is in full flow.

When Michael Finucane II died in 1982, the pub passed to the present owner, Michael Finucane III. “We’ve not had to change the name over the door in a long time,” says Michael. Michael has done much to ensure his pub remains an aesthetic delight. An overhead shelf runs around the room, groaning under the weight of tobacco-stained footballs, whiskey jars, tumblers, brass lamps, ash plane canes and fishing nets. Cheerful green leather stools assemble along the Colombian pine bar and miscellaneous oddities hang from the ceiling. The pub opens only in the evening but is frequently packed.

Kelly’s Cellars is the oldest licensed premises in Belfast and also one of its most alluring. The original two-storey pub was built in 1720 by Belfast merchant Hugh Kelly who kept it as a bonded warehouse; rum, gin and whiskey were his mainstays. Nearly 300 years after it was founded, Kelly’s manages to find its feet somewhere between everyman drinking pub, political meeting place and historic museum. Folk music is a regular fare at weekends. As the pints and shorts slide across the bar, so the session players gather momentum by a roaring turf fire, a riot of button accordions, banjos, bodhráns, tin whistles, concertinas, flutes and fiddles. Between the reels, the Irish language is heard throughout the bar, used by staff and customers alike. If you’re hungry by day, you might get lucky with a bowl of Irish stew, champ and sausages or an Ulster fry.