One Direction Movie Premiere, This is Us

One Direction movie premiere, This is Us, movie previews suggesting this will be a box office hit for One Direction with their music being centre of the movie reviews so far, however, they follow a long line of pop stars to make self-movies.

Recommended Accommodation near Croke Park for One Direction Concert:

One Direction Movie Premiere, This is Us

Nobody goes to Leicester Square for the peace and quiet, but unless you enjoy the sound of high-pitched screaming, you ought to give the area a pretty wide berth on Tuesday. 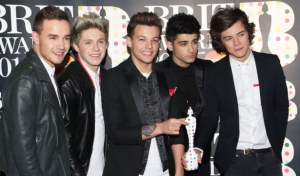 For that is the date when all of One Direction will gather on the red carpet for the premiere of their film This Is Us.

Given that Directioners gather in their hundreds on the rumour that their idols are in the building, and were queueing from 3.45am for a screening of the film in Los Angeles last week, an excitable crowd of up to 10,000 is expected.

And with a reception like that you may surmise the documentary, which cost around £8 million, is likely to make the kind of profits that will have Sony’s accountants swooning in the aisles, too.

For, hatched at the very height of the band’s record-busting popularity, it is projected to take about £120 million at the box office. ‘It is going to be gangbusters,’ says one Sony executive — meaning it’s going to be zealously successful.

One Direction and Justin Bieber Movies

When and if it does go ‘gangbusters’, the band will have shown they are ‘Bigger than Bieber’ — the last challenge in their domination of popular culture.

For the big landmark when it comes to these kind of films is Justin Bieber’s Never Say Never. Released in 2011, the part-documentary and part-concert film took £63 million at the box office.

In doing so, it changed the game. For even really big concert films never made much money until then — In Bed With Madonna took a modest £9.7 million in America, for instance.

But the Bieber movie showed there was ‘real money’ to be made. Katy Perry was quick to jump on the bandwagon with Part Of Me, in 2012, which took a healthy £20 million. (This Is It, the posthumous Michael Jackson tribute, took £46 million, but clearly it was atypical).

And, given that One Direction are signed to a division of Sony, which also has a movie arm, the graduation to the big screen was obvious.

The synergies are clear. The band is signed to Syco (a joint Sony-Simon Cowell venture), having found fame on The X Factor, a Syco show. They star in a film made by Syco’s parent company Sony and will no doubt plug their next Syco album on this year’s X Factor.

Paul Williams, head of business analysis at Music Week magazine, told me: ‘From the Fifties and Sixties onwards, it has been the case that when you get globally successful to a huge degree, you then get a film career of some kind.

‘Colonel Tom Parker put Elvis into movies, and The Beatles made A Hard Day’s Night within a few weeks of cracking America. There’s been nothing to touch that recently, but the Spice Girls did make a film as Simon Fuller saw the opportunity to make even more money.

‘One Direction are the most popular British pop band since the Spice Girls. They broke America with ease. Their popularity across the world is so immense that it is hard to see any reason why the film will not be a huge success.’

One Direction and Simon Cowell

Business Insider magazine prophesied they are on course to draw in $1 billion in revenue by the end of 2013. This is probably an underestimate, as the magazine did not add -in the band’s yet-to-be-announced third album.

However, music insiders believe it will be released in time for the crucial Christmas market, and is likely to propel them far past the $1 billion mark.

All good news for Simon Cowell to ponder, then, and the boys, who recent estimates suggest have each netted £5.5 million so far. Not bad for a group of 19 to 21-year-olds.

So what is in the movie? As a self-sanctioned product, it will of course be a flattering and warm portrayal of One Direction. There won’t be any conflict on screen.

Fans will be glad to hear not a nanosecond is devoted to Harry Styles’ former girlfriend Taylor Swift. They split up just before the cameras started rolling in January.

The director of This Is Us, which is in 3D, is Morgan Spurlock, best known for the documentary Super-Size Me, about the effects of eating only huge McDonald’s meals.

Spurlock seems to have been chosen to bring a certain credible, leftfield sensibility to the film, and to help to position the band less as a Monkees-style manufactured act and more as ‘real’ young men to whom the fans can relate. There is plenty about their families, the lives they lead, the jobs held by the boys before they became famous, and so on.

Trailers show the families of Harry Styles, Niall Horan, Liam Payne, Louis Tomlinson and Zayn Malik talking about them, and interviews with others such as Simon Cowell. The band have been filmed on tour in Japan, at home and making nostalgic trips. Harry is seen at the bakery in Holmes Chapel, Cheshire, where he used to have a Saturday job. The 19-year-old said he hoped the film would show fans a new side to them.

‘On Twitter, you only have 140 characters, and you can’t get personality across in ten-minute interviews,’ he says. ‘But the film is going to be a lot more of how we interact and how we’re chilled out in the dressing room. It will be nice to see us as we are.’

Niall, who is the most popular of all of them in America, agreed: ‘It’s good in the movie because people can see what we’re like behind the scenes. It’s going to be access all areas. They’ve even been filming us in the toilet”.