The Italians like tasteless white wines. I don’t mean vulgar or crass, but wines without much flavour. Their greatest whites, such as the best Soaves, have traditionally relied on delicacy and finesse rather than size and power to impress.

Many of the lesser white wines are like a squeeze of lemon; fresh and lively, the perfect accompaniment to a plate of plain seafood. This is not a criticism. Lighter wines can often be preferable to big over-worked oaky monsters, especially with fish. 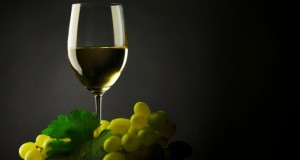 In the past some producers could be accused of taking this too far, with wines that lacked any flavour at all. However, in recent years, the standard of white winemaking in Italy has shot up, and interest in the indigenous white Italian grape varieties has increased. We are all familiar with Pinot Grigio, but Italy has plenty more to offer.

Today we look at two local Italian grapes, Vermentino and Verdicchio. Vermentino has been grown in Sardinia for centuries, and is widely planted there. It is becoming increasingly fashionable in Tuscany. You will also find it in Liguria, where it is known as Pigato, Piemonte, where it is called Favorita, and Corsica where it goes under the name Malvosie. On the French mainland, where it is known as Rolle, you will find it primarily in the Languedoc and Provence. As you can see, the list of synonyms is endless, but I suspect Vermentino will eventually become the standard name, even in France.

Vermentino is a later ripening variety but likes the heat, retaining its freshness and acidity even in fairly hot climates. As a grape it certainly provides many of the attributes we like in a wine. Most examples are light to medium bodied, with ripe melon fruits and a refreshing racy citrus edge. It is rarely oaked and the best have a very appealing mineral streak.

Given that the Languedoc and Sicily are both large sunny regions, I can see it taking off as an inexpensive sipping wine. Outside of Europe, 30 wineries in Australia now produce a Vermentino. Both Marks & Spencer and Yalumba sell one in the UK, but sadly neither is available here at the moment.

Will Vermentino take over from Sauvignon Blanc as our favourite white grape variety? I doubt it. I think Chardonnay is a far more likely successor, but it could play the new Pinot Grigio very nicely. For this article I tasted a dozen or so bottles. There weren’t really any bad wines, and most were good inexpensive, easy drinking dry whites, including one from Tesco, and another from Marks & Spencer. At the top end, A Taste of Italy (atasteofitaly.ie) offers an excellent example from Tuscany, and the Giunco, made from well-sited vineyards close to the coast is a superb wine, well worth trying out.

Verdicchio (no relation to Vermentino) will be familiar to those of a certain generation who drank it from a fish-shaped bottle during the 1970s and 1980s.

At that time, a firm called Fazi-Battaglia produced large quantities of Verdcchio dei Castelli di Jesi, a very light almost anonymous dry white wine. Verdicchio has been grown for centuries in the Marches, a region that runs along the central eastern coast of Italy.

Experts argue as to whether it is the same grape as Trebbiano di Soave and Trebbiano di Lugana. It certainly appears to share the same parentage, but is now established as a variety in its own right, and currently enjoying a new-found status.

In the Marches, Castelli di Jesi has always been the best-known name, but in recent years some of the more interesting wines seem to be coming from Matelica, a smaller region high in the hills. But both have seen a big revival in interest over the last decade or so, and now produce some very interesting wines.

In Italy Verdicchio has a reputation for ageing, largely because of its high acidity. However, just because it lasts doesn’t mean it improves. Although I have tasted a few older wines, I would generally prefer the younger versions.

The vast majority of producers aim to keep the acidity in check and develop the fruit flavours, making for very good wines that can still provide excellent drinking with fish and shellfish.

Verdicchio is less widely grown than Vermentino, but does seem to offer more potential as a variety. The half-dozen samples I tasted were all very enjoyable, and several showed real quality.

Sadly one Irish importer tells me that it is impossible to sell. Hopefully that will change in the near future.

This entry was posted in Wine and tagged red wine, white wine, wine. Bookmark the permalink.