Posted on 7 August 2013 by Lord Gardiner

The Gathering 2013 has seen some increase in inward bound traffic, with the UK tourist market not performing as strong as other European Countries. North American tourism has increased and this is an area that has strong Irish links and that growth may be attributed to the Gathering 2013, that is encouraging people with Irish links to travel home to Ireland. 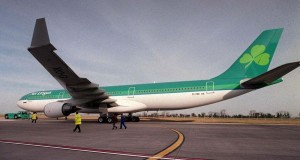 Relax and enjoy the great Aer Lingus travel experience with the latest web offers on flights from Ireland. Whether you want to explore Britain, head to Europe or even venture further afield, with Ireland as your base you will find some brilliant flight deals to get your holiday off to a flying start.

Aer Lingus saw passenger numbers rise by 2.9 per cent in July compared with the same month last year. Long haul passengers were 116,000 last month, an increase of 17.2 per cent on July 2012.

Short haul passengers, including Aer Lingus Regional, in July were 1,025,000, an increase of 1.5 per cent on the same month last year.

Aer Lingus said its load factor – the seats it fills in each flight – rose by 1.3 points to 87.9 per cent in July compared with last year.

Aer Lingus said bookings for the remainder of the year were ahead of last year with long haul looking particularly positive.

“However, this booking profile has somewhat eroded over July due to the good weather.”