Yesterday we launched ‪#‎ArthursDay2013. On September 26th, Arthur’s Day will showcase the best of Ireland’s creativity and talent from the world of music and culture. Check out this video for more details! 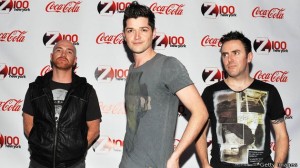 Arthur’s Day refers to a series of music events which were first organised in 2009 to celebrate the 250th anniversary of the Guinness brewing company by its owner Diageo plc.

Those events took place internationally in the cities of Dublin, Kuala Lumpur, Lagos, New York and Yaoundé on 23 September 2009. The event was broadcast internationally on Sky TV, ITV2 and DirecTV.  €6 million has been pledged to the Arthur Guinness Fund. The celebration has been endorsed by several high-profile names, such as rock star-turned political activist Bob Geldof, director and screenwriter Guy Ritchie, footballer and Guinness football ambassador for Africa Michael Essien and British celebrities such as Peter Crouch, Sophie Dahl.

Guinness drinkers are expected to raise a glass to the memory of Arthur Guinness at 17:59 (5:59 pm), a reference to 1759, the year the Guinness Brewery was established. An 82c stamp of an Arthur Guinness portrait was also released by An Post to commemorate the anniversary.

The line-up for this year’s Arthur’s Day has been announced with The Script and the Manic Street Preachers amongst those set to perform.

The line-up will see a variety of artists play in pubs across the island of Ireland, from the best and brightest of Ireland’s musical talent including The Script, James Vincent McMorrow, The Original Rudeboys, Girl Band and Bouts; to internationally acclaimed artists such as Manic Street Preachers, Emeli Sandé, Janelle Monae and the legendary Bobby Womack.

Further artists will be announced later in the summer.

Tickets, priced at €10, will go on sale via www.ticketmaster.ie on 4th September, with proceeds going to the creative and cultural initiative, Arthur Guinness Projects.