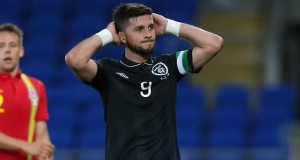 Shane Long is likely to retain his place in the Republic of Ireland starting line-up for the game against Sweden in Dublin on September 6th, but his failure to convert either of Ireland’s two best chances at the Cardiff City Stadium on Wednesday night has only served to reinforce Giovanni Trapattoni’s belief that his team need Robbie Keane to lead it from the front.

The LA Galaxy striker has been criticised in some quarters for playing too many international games, with a section of supporters believing that his general enthusiasm for being involved in friendly matches has denied other players the opportunity to prove themselves. Having had the chance to look at an alternative approach against Wales, however, Trapattoni seemed more certain than ever of his cap-ee-tan’s importance.

“We had great opportunities to win the game and with Robbie’s experience I think he would have made one of the chances into a goal,” he said yesterday before flying back to Milan.

“We’ll see what happens next month when Robbie comes in, whether he is fit and in good condition but I would say that if we had had him for 90 minutes here, then we would have scored a goal.”

The comments were something of an indictment of Long who limped out of Wednesday’s game half an hour into the second half with a back problem although the Italian all but confirmed that the 26-year-old will, barring mishaps, start with Keane in three weeks’ time.

“You have to remember about the Swedish defenders,” he said. “They are good but perhaps a little bit slow. Hopefully our speed (something he sees as a key attribute of Long) will be important.”

Clearly, the man on course to lose out is Wes Hoolahan who made nothing like the impact in Cardiff that he had done on some of his outings immediately before the summer. Trapattoni was sympathetic, suggesting that he had asked a lot of the Norwich player by obliging him to chase back and help out in midfield at a time when match fitness was bound to be an issue, and insisted that he still had plenty to ponder – including the possibility of playing him with Keane – but the implication was pretty clear.

The manager was more upbeat, meanwhile, regarding the quality of Ireland’s defensive display despite a couple of scares from set-pieces and some early uncertainty from Keiren Westwood.

David Forde, like Seán St Ledger and Aiden McGeady, is likely to be named next Friday in the squad for the qualifiers but, like them, he may well be ruled out of the actual games by injury. Westwood, Trapattoni insists, is well capable of standing in if required.

The Sunderland goalkeeper, as it happens, featured in Ireland’s humiliating 6-1 home defeat by Germany almost a year ago along with two of the defenders likely to start against Sweden, but the manager feels that having kept five clean sheets in their eight games to date in 2013, there is the basis for real confidence going into the game with the group’s second seeds.

“I think this result gives us the opportunity to go into the Sweden game with optimism and confidence,” he said in Newport yesterday morning, “and to go forward and qualify.

“The Germans were very superior and against them we made two or three really great mistakes,” he said. “You can’t stop thinking about an opponent in a game like that when he takes the ball, you must follow them all over the pitch until you get the ball back, but our players were losing the ball and then watching until their opponents crossed or scored. I think it is different now.

“We confirmed the quality of our goalkeeper and our defence (in Cardiff) and I was happy to see that our young players are improving as they gain experience in the team. They (the full-backs) give us a good balance now. When I came we had (Steve) Finnan; when we lost him we had a little bit of a problem . . . we had good defenders but maybe they didn’t provide enough help to the others (in attack).” That, he says, has changed as Séamus Coleman and Marc Wilson have settled into the respective roles.

Richard Dunne, meanwhile, is looking less and less likely to feature in the September games and would appear almost to be out of the running if he doesn’t start this weekend for QPR.

Trapattoni is happy too with the combined contribution of James McCarthy and Glenn Whelan in midfield, where the latter tended to sit as the Wigan player sought, at least during the team’s better periods, to drive things forward more.

The Italian was at pains to sing Paul Green’s praise, insisting that his hunger to unsettle opponents was important in disrupting their play and providing Ireland with opportunities to take possession but, he acknowledged, the Leeds midfielder is unlikely to feature if everyone is fit “because we have McCarthy and Whelan, and they played well”.