New Ireland coach Joe Schmidt has named a 34-man squad for the three November internationals, with Brian O’Driscoll named amongst the backs after returning to training with Leinster this week.

The centre missed his side’s opening two Heineken Cup clashes, but is named amongst 15 backs in the squad for the games at the Aviva Stadium against Samoa, Australia and New Zealand.

Munster forward Donnacha Ryan has been ruled out with a knee injury, while Schmidt’s options in the lineout and backrow are further hit by a toe injury picked up by Ulster’s Iain Henderson. 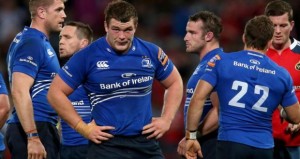 The New Zealander has named three uncapped players in the squad, with Leinster’s David Kearney joining his brother Rob amongst the backs.

In the pack , Leinster loosehead Jack McGrath has been rewarded for some fine performances with a call up, while Munster backrow James Coughlan is also named.

No captain has been named as yet, with the final squad likely to be trimmed ahead of the opening game against Samoa on November 9th.

Commenting on his selection, Schmidt said: “The squad combines players who have shown form in the domestic season mixed with those who have a proven record at international level.

“As always there were some very difficult decisions. Some players have had limited opportunity to impress due to injury and others have performed very well and it was difficult to leave them out.

“The Guinness Series will demand plenty from the squad and I know they’ll be motivated by the challenge.”