Halloween is a festival enjoyed by millions of people around the world each year, it is spooky and fun, and is good for everyone. Dublin has a number of events that will fall on Halloween weekend, including a fantastic display at the Dublin Wax Museum, and The world famous Bram Stoker Festival. 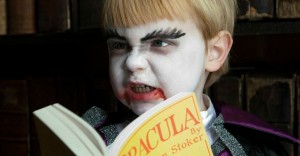 This world famous Bram Stoker Festival will run from the 26th-28th of October the Bram Stoker Festival celebrates the life and legacy of Dublin-born author and father of the original vampire antihero, Count Dracula, many people now in their 40s will remember the old black and white movies on a Saturday night that would leave you looking in every corner before you got into bed, and then some family member to scare the living life out of you just when you thought you were safe from the vampires and bats.

Halloween is one of Dublin’s favourite times of the year, and this Halloween Dublin will offer its rich, literary history in this one mean festival. The city’s tradition of gothic storytelling and wild imagination is set against the backdrop of the pagan festival Samhain as castles, churches and cinemas play fitting host to the litany of theatrical, literary and cinematic events taking place across the city. 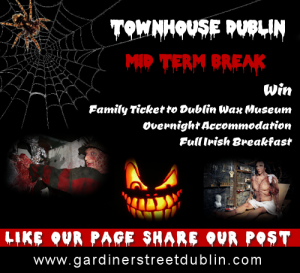 The Bram Stoker Festival, back for its second year this 26th – 28th October, is the time to scrub up on your Drac facts, dress up in your finest gothic costumes and explore the spookier side of Dublin. Here are some recommendations for where to start.

Three of Dublin’s finest illustrators will be bringing Dracula back from the dead for ‘Bram’s Triptych’. They don’t come much more creative than Mick Minogue, Kathi Burke and Steve McCarthy, so their ambitious night-long project, which will see them interpret Stoker using salvage yard gems and any other materials they can lay their hands on, promises a unique twist on the author’s legend. The art attack will take place in the always-buzzing Bernard Shaw pub’s back garden at 6pm, and the final work will be revealed in its full glory in the dead of night. 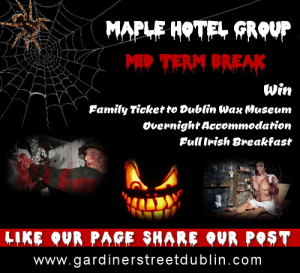 Culture webzine with its finger on the pulse, Le Cool, have built up a glowing reputation for their Walking Tours, which serve as an introduction to Dublin’s best kept secrets. Their Bram Stoker special will see that pulse stop dead, as they change attention from their regular program to something a whole lot more macabre. Like all good secrets, they’re keeping the route hush hush: expect some dark alleys and big surprises.

3. Bram Stoker Tales From The Crypt

St Michan’s Crypt was one of Stoker’s biggest inspirations. Probably the most grisly site in Dublin, this tomb of eerily preserved remains offers tours that allow any brave Bram fans to experience the same closeness to the dead that influenced the great author’s gothic horrors. Each dead body tells a story, whether Crusader or Irish revolutionary; this remarkable tour will tell them all.

Christ Church Cathedral also figures on Stoker’s list of influences, which will be reflected in the Stoker Fest program. Both a bloody banquet and a pop-up cinema screening of Addams Family will take over the ancient church on the 27th October. It’s not every day you get to dress up as Morticia in a church. 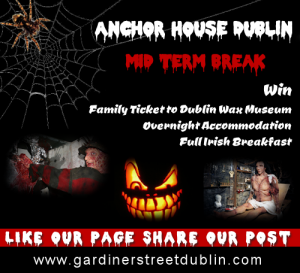 Bram Stoker Festival opens the cover on Dublin’s history of gothic horror, a sub-genre so rich it’s earned its own dedicated journal. Visit Merrion Square, the hub of all things literary, where you can see the house of vampire progentitor Sheridan Le Fanu (now home to the Irish Arts Council) and Oscar Wilde (whose ex-girlfriend ended up as Stoker’s wife).

We all know vampires don’t have reflections, but thanks to a little post-production trick the team behind Vamportraits will be capturing Dublin’s bloodsuckers on camera. Members of the public will be dressed up as both vampires and victims to be photographed, the results of which will be projected out on to the walls of Meeting House Square in Temple Bar during its outdoor cinema extravaganza.

In the past few years, the south city centre’s Dame Lane district has become a vibrant weekend hub thanks to its diversity of brunch-time bars and late-night pubs. For Saturday and Sunday (26th – 27th October), the District will be taken over by fortune tellers, ghost tours, cabaret and live music both indoors and out on the street as part of Raise Your Spirits. Here’s a good chance to get some extra juice out of your Halloween costume.