Two baby monkeys from an endangered subspecies have been born as a result of a breeding programme, Dublin Zoo announced today. 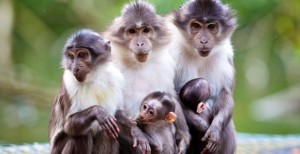 The newly arrived white-crowned mangabeys can be seen out and about in the African Plains section, the zoo said.

The half-brother and half-sister were born two weeks apart in April to mothers Monifa and Maull. Their father is dominant male mangabey Danzo.

The male was born on April 5th and has been named by keeps as Jomoro after a region of Ghana where most of the world’s population of white-crowned mangabeys live. The female has been named Awaine, the capital of Jomoro district. She is 10 days younger than her half-brother.

Dublin Zoo is one of a dozen European zoos participating in a breeding programme for the mammals and their births raises the number in the Dublin troop to eight. 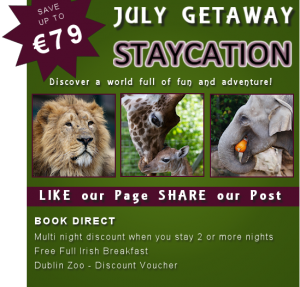 The white-crowned mangabey population is declining rapidly due to pressure from hunting and habitat degradation in Ghana, according to the International Union for Conservation of Nature. It has declined by at least 50 per cent over the past three decades, the organisation said.

“Jomoro and Awiane are thriving and get on very well as brother and sister. It’s a joy to watch them being playful together,” Helen Clarke-Bennet, team leader of the Dublin Zoo African Plains, said in a statement.

“Both youngsters will stay close to their mothers Monifa and Mullal for about two years when they will become more independent and start exploring the habitat on their own,” she added.