The tiny white-faced saki was only 150 grams – about five ounces – when born four weeks ago and is only now just big enough to be seen by visitors. Cradled by his protective mother, the unnamed male is one of the first new deliveries expected at the zoo over the summer. The Sulawesi-crested macaques also welcomed a new baby ape arrival recently. 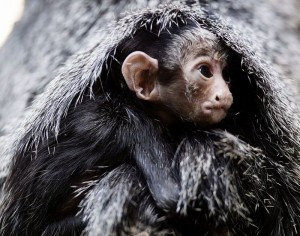 Kafi the gorilla settles in at Dublin Zoo

Dublin Zoo is celebrating the arrival of Kafi, a three year old female western lowland gorilla. Kafi arrived to the Gorilla Rainforest at Dublin Zoo in August 2012 and since then Kafi has been  undergoing the careful process of being introduced to the Dublin Zoo gorilla troop, who include Harry, the silverback, Lena, Mayani and two youngsters Kituba and Kambiri. 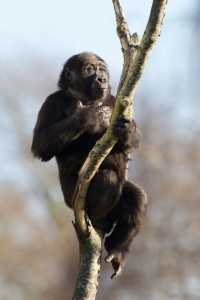 Kafi’s story began as a sad one with the loss of her mother at the tender age of just five months. Due to this loss, Kafi was hand reared by the animal care team in a gorilla nursery at Stuttgart Zoo in Germany. After a number of months Kafi gained strength and independence and was old enough to be integrated back with her own species, so she moved to join a troop of gorillas in Romagne Zoo in France.

Unfortunately this integration was unsuccessful for Kafi, who once again found herself without a family.

However in 2011 a new opportunity arose for Kafi in the newly opened Gorilla Rainforest at Dublin Zoo. This truly world-class habitat, which was home to a breeding and well adapted group of western lowland gorillas, meant there may be hope for the orphaned gorilla.

Not only could Dublin Zoo provide a stimulating habitat, it also had an animal care team with a proven track record of successfully integrating a hand reared female gorilla into the troop.

In August 2012, Kafi arrived to the Gorilla Rainforest and the team began the careful process of introducing her to the troop of five gorillas. The first step was visual presentation; a few months later the young gorilla was introduced into the habitat to interact with the other gorillas.

Ciaran McMahon, team leader for the gorillas commented, “After months of careful introduction Kafi has settled in very well. Luckily Lena, who is a fantastic mother with sharp maternal instincts, took Kafi under her wing indicating her approval to the other gorillas.

“Kafi is a beautiful and very intelligent young gorilla. Since arriving she has learned amazing social skills and knows how to interact with the others, especially silverback Harry. The youngster is comfortable but still cautious and spends a lot of time playing with the other young gorillas, Kituba aged two and Kimbiri aged one and a half years.”

He continued, “We are extremely proud to have successfully integrated Kafi with the group. It is a phenomenal experience and great achievement. We still keep a very close eye on the troop and how they interact with each other. Once Kafi matures we hope that she will join the breeding programme and contribute to the survival of this highly endangered species of western lowland gorillas.”

Follow Kafi’s story on The Zoo brought to you in association with EBS, on RTÉ One.

Visitors can say hi to Kafi who can be seen out and about with Harry, Lena, Mayani, Kituba and Kambiri in the Gorilla Rainforest, proudly sponsored by Freddy Fyffes. 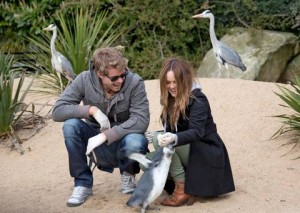 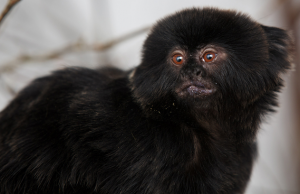 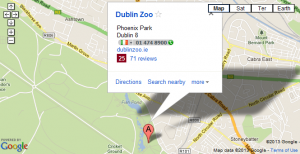