The ever evolving Google is building a new ‘digital innovation centre’ in Dublin that will bring up to 15,000 extra overseas business visitors to the city each year. The 15,000 square-feet premises, called the Foundry, is Google’s first such investment outside of the US and will be officially unveiled by the Taoiseach Enda Kenny in September 2013. 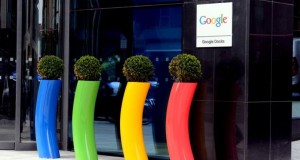 Google’s innovation centre, The Foundry, is currently in the final stages of construction. It will host conferences and research gatherings for the staff of thousands of small and medium enterprises (SMEs) each year from across Europe, the Middle East, Africa and other many other parts of the world where innovation is at the cutting edge of economic development.

Google is presently housed in Gordon House and the new facility, will also be located in its Gordon House building on Barrow Street in the docklands, and contains a purpose-built 360-seat auditorium, meeting rooms, catering and broadcasting facilities. It also houses a Google merchandising store, its first outside of its Mountain View headquarters in California, although the shop will not be open to the public.

Google have shown yet again that American multi-nationals are not simply in Ireland for tax breaks, but are here to invest in the future of Ireland’s developing smart economy, Google declined to reveal the value of the investment, but the company has been working on the project for more than a year and it involved a complete redesign of a large section of the Liam Carroll-developed Gordon House.

This Google investment will create an Ideas Factory

Head of Google’s Irish operations, John Herlihy, has said, that the Google innovation centre will act as an “Ideas factory” for SMEs.

Google will lead this innovation by inviting SMEs from across the EMEA region to participate in conferences and research events hosted by it. It will share with the businesses consumer-behaviour data and analysis mined from its website, and help them identify marketing trends and design digital marketing campaigns.

Herlihy went on to say, “We will essentially act as digital consultants for these companies. It is more or less a digital teaching facility and it is the first time we will have tried to do anything like this here”.

Even before The Foundry opens its doors in September 2013 it has built a portfolio of over seventy-bookings to be fulfilled by the end of 2013 .Google said there were 5,000 overseas visitors due to attend these events, in addition to attendees from Irish-based business owners and staff.

If Google’s Foundry were to maintain that rate of bookings, it will bring 15,000 extra business tourists from overseas to the city annually. Most of the events will be themed by business sector: for example, Google is hosting an event for European retail businesses in September. Herlihy further stated that:

“We hope there will be spin-offs for hotels and restaurants”.

Failte Ireland has stated that there were 154 international conferences in Dublin last year bringing 85,000 delegates and €106 million to the city, in a full operating year, the Google investment could boost this by about 17 per-cent.

Google’s innovation has been welcomed by Failte Ireland: “Business delegates are high-yield visitors spending on average much more than that of a leisure tourist – we would hope that if they will like what they see, they may choose to bring their own corporate meeting to Ireland in the future”.

According to official figures, business tourists spend an average of €1,400 per-person when visiting Ireland, this figure is three times that spent by a normal tourist, however, we do have to account for the fact that business tourists are often sponsored by their company rather than spending their own money.