Posted on 3 September 2013 by Lord Gardiner

Accounts filed by Mespil Hotel Ltd blamed higher maintenance and room improvement costs for the drop in profits in a year when turnover jumped 10.5 per cent to €5.6 million. 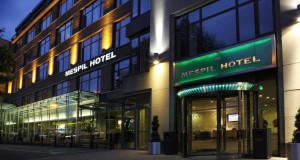 In the report the directors say they “are satisfied with the outcome for the year and the outlook for the Dublin hotel market is positive”.

Retained profits in the year to September 30th, 2012, were put towards servicing the company’s debt which continues to be repaid in accordance with the originally agreed facilities, the company said.

Aggregate remuneraiton for the directors – listed as Lee Kidney, Denis Kidney, John Kidney and Martin Holohan – jumped from €183,710 to €329,525.