The Royal Hibernian Academy was founded in 1823 and it has experienced some tricky moments in its subsequent history. On occasion, it’s very survival has been in question.

These days certainly qualify as a tricky historical moment. Not only does the academy have to cope with a recession that impacts directly on funding and sales, and that has stalled some of its plans and activities, it also finds itself lumbered with a substantial capital debt. While it may not help that the debt relates to the substantial revamp of its Ely Place HQ, at least the revamp has been extremely successful in terms of the quality and functioning of the building. 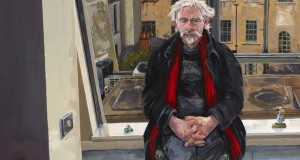 At the time of its annual exhibition each year, the academy marks the deaths of members during the previous 12 months. Sadly, two stalwarts died during the last year, painters Desmond Carrick and Peter Collis, best known for his Cézanne-esque Wicklow landscapes. Three prominent honorary members also died: the artist Louis le Brocquy, the poet Dennis O’Driscoll and the art historian Rosemary Mulcahy, who was long a staunch supporter of contemporary art.

This year’s catalogue essay, by Medb Ruane, looks at the representation of women in the RHA and in the visual arts more generally. She begins with Thomas McGreevy expressing dismay in 1923 at the academy’s refusal to admit women as members. And this was despite the evident, central and progressive role of a number of women in the Irish visual arts scene of the time. The RHA did come around to the idea and in 1925, Sarah Purser, no less, became the first woman to be accepted into its ranks. Today, even with a current women’s membership of something like 35 per cent, the RHA retains a certain male, patriarchal character.

Turn the page on from Ruane’s essay and there’s a photograph of the selection committee for the 2013 exhibition at work. The committee looked at more than 2,600 pieces from 1,272 artist over five days. Given that members exhibit by right and that the entire show features fewer than 500 exhibits, the rate of attrition was high. It’s not entirely clear whether we see the full committee in the image but if so, there was only one woman – Abigail O’Brien – out of six selectors, which is surely less than ideal and certainly not fair.

A new sense of mission

Building on the constructive input of people such as the late Conor Fallon and Stephen McKenna, the academy has this century discovered a renewed sense of mission. Against the background of a contemporary art world in which traditional visual art forms and media have been substantially bypassed and relegated to a subsidiary role, the academy maintains and champions the classical tradition of representational art.

This is not simply a case of restating the opposition between the old and the new, tradition and modernity that was such a prominent feature of Irish art for nearly half of the 20th century.

The advent of the postmodern dismantled that simplified, binary opposition, and ushered in a pluralist era in which no single style or aesthetic could claim absolute authority. In this increasingly fragmented artistic landscape, the academy has sought to mark out its territory.

It’s the natural home for established representational artists such as Martin Gale, Michael O’Dea, James Hanley or Michael Quane, although its reach extends further, as well, to Abigail O’Brien, for example, or Eilís O’Connell, or Vivienne Roche, Michael Warren and Richard Gorman. Even photography is making inroads with the presence of Amelia Stein as a full member.

Diana Copperwhite, Alice Maher and Remco de Fouw number among the RHA’s associate members. Include the honorary members and the net is spread much wider still.

The complexity of the academy’s identity is underlined by the fact that some outstanding representational artists are not, for whatever reason, associated with it and don’t exhibit there. There’s also the RHA Galleries, which pursue a very good, diverse exhibitions programme extending to all forms of contemporary art practice, well beyond traditional forms and methods.

The RHA’s centre of gravity still resides in the representational tradition, but the organisation also tries to address a wider contemporary scene, recognising that representation has to be more than the nostalgic rehearsal of past ideas. A level of openness and uncertainty is to be welcomed, and the annual exhibition remains an important artistic forum, allowing us to scrutinise a formidable number of works of relative diversity as they jostle in close proximity.

Now that photography is firmly established as an annual presence, perhaps it’s time to start to complain about it. There’s a certain sameness in the succession of admittedly very well made portraits that line the walls of the Tony Ryan Gallery, which has been designated as the photographic domain, if not quite exclusively.

Still, for its hard-edged realism, Simon McDermott’s Tommy and Kathleen stands out. Equally, Lauralee Guiney’s bravura theatrical restaging of Grien’s 16th-century Death and the Maiden paintings prompts one to see more of her work.

Photography’s usurpation of portraiture leaves painting under pressure. Kate Byrne’s outstanding, large-scale photograph Handmade took the “portraiture in any medium” prize. Photography has from the first taken over the portrait genre, and the level of photographic technology now widely, inexpensively available is staggering. At the same time, David Bailey’s acerbic comment, that the main effect of current photographic technology is that it makes mediocrity look good, carries some weight. A general competence becomes slightly monotonous.

Equally, if a painted or drawn portrait aspires to be photographic, then it’s in trouble, and there are several examples of both drawings and paintings that don’t withstand the simple question, why isn’t it a photograph? Having said that, Vera Klute manages to incline towards the photographic while making a compelling painting in her close-up view of Oliver Cummings.

Michael O’Dea, who seems to have embarked on a series of portraits of artists in their studios, won an award for his portrait of fellow artist Stephen McKenna, and it is very good, if not quite as good as his sketchier but insightful study of the draughtsman Charles Cullen.

O’Dea’s portraits clearly emerge from a close, sustained engagement with the sitter. They are hard-won and they allow for the provisional, instinctive business of seeing, and glimpsing. Also worth mentioning is Una Sealy’s fine Cartoonist, City, Winter – although unnamed, the subject is, unmistakably, graphic artist and writer Tom Mathews.

Many of the works that linger in the mind are not the inevitable big showstoppers, of which there are several, but smaller, more muted pieces that catch the corner of your eye and draw you in.

De Fouw’s photographic grid falls into this category. So too does Maeve McCarthy’s superb sequence of six nighttime views of rural habitation framed by the vast expanses of enfolding landscape and the deep sky. They’re beautifully observed and perfectly judged. In method and feeling, Susan Tiger’s Rainstorm, a set of works on paper, recalls the spirit of John Cage.

For some reason, it’s a little surprising to encounter work by Paul Nugent in the RHA but there it is, another sequence of six, this time making up one composite piece, Prelude. Nugent’s paintings engage us by being hard to see: you have to get up close and let the twilight images blossom before your eyes. The effect is quiet and hypnotic.

Veronica Bolay takes another approach to involving us in a similar way, creating luminous open spaces that we are invited and allowed to inhabit.

This strand of quiet, subtle, ultimately impressive works is probably the best aspect of this year’s annual exhibition. Geraldine O’Neill, Liz Rackard, Eithne Jordan, Elizabeth Magill, Sahoko Blake, Allyson Keehan – they’re all worth seeking out in this regard. It may sound like an odd recommendation, but to get the real measure of the show, look beyond the biggest and loudest.