While many of Dublin’s leading hotel brands are patting themselves on the back due to recent growth in the market, the reality is that many of these same big names have surrendered the most important aspect of their business to OTAs such as Booking.com. While the big brands are declaring growth and improved RevPar the reality is that when a hotel is paying from 15-25% of their business to OTAs then those hotels and their management are not doing their job. The big names are simply writing in the OTA commissions as a necessary expense rather than getting off their backsides and fighting back against the OTA pirates. 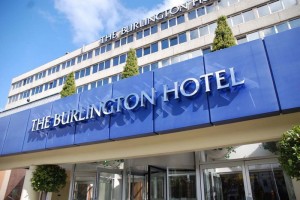 Dublin The opening of the 166-room Marker hotel near Trinity College in Dublin would have been unthinkable in 2007, when the city’s hotel market slipped off the cliff and had only begun its free-fall.

But when The Marker Hotel opened its doors 2 April 2013, Dublin was an altogether different city. Guests were returning. A new convention center was bringing in big business. And hotels that previously had fallen into disrepair were undergoing multi-million-euro face lifts.

“At the moment the level of business is very good so the supply and the demand are very much matching each other,” said Charlie Sheil, GM of The Marker.

“We’ve had a strong start,” Sheil said. “We’re certainly seeing the benefits of that, a mixture of domestic business and international travel, between corporate and leisure.”

Cassidy said, “Looking at industry trends, there has been a 4.1% increase in overseas visitors to Ireland in Q2 and a 14.8% increase in visitors from the U.S., providing a significant boost to the tourism industry in Ireland”.

North America has proven a significant driver of demand during the recovery, according to Stephen Hanna, chairman of the Dublin branch of the Irish Hotels Federation. While much of that can be attributed to a general economic recovery, the government-sponsored Gathering—a yearlong celebration of Irish heritage—has helped as well.

“The Gathering has definitely helped in a big way,” said Hanna, who also is GM of the Camden Court Hotel.

Peter MacCann has noted a lot of Gathering-spurred business at his nearby Merrion Hotel. Recently, for instance, the 123-room property hosted an American and 25 of his family members for a week. The group had come to explore their Irish lineage.

“It was only when they got here that we realized they were doing this under the guise of the Gathering,” he said. “… I think I might have been sceptical about it two years ago, but those who have come up with this idea deserve a pat on the back.”

The program is one of many government initiatives designed to boost tourism. Others include a reduction in the value added tax from 13.5% to 9% in 2011. A year prior saw the opening of the Convention Centre Dublin, which was Ireland’s first purpose-built conference venue.

“They’ve been very proactive, very supportive. They recognise the importance of the industry,” MacCann said of Ireland’s pro-tourism government officials.

“I don’t know if we’ll ever get back to that. Probably not in the next five to seven years,” MacCann said of the Merrion’s 2007 peak, which was 16% ahead of the property’s rate at present.

The slowdown is as much a conscious decision as it is market-dictated.

“We have been market leader in rate for some time. We have to be conscious of where our marketplace is at that we can’t run too far ahead of the market. That could set you up for a fall that you might not recover from,” MacCann said.

Value for money is as top of mind with consumers as ever, hoteliers said.

“There’s less of an appetite for spending without question. There’s a greater appetite for getting more value for money. A lot of sources of business expect their guests to get more for the same price,” MacCann said.

And while demand certainly is up from years past, the city is only now recovering to an equitable balance between supply and demand.

“If it continues to grow like this, Dublin will need more bedrooms, 10 to 15 years from now,” said the Irish Hotel Federation’s Hanna.

Instead, investors seem poised to acquire or refurbish existing assets.

“The investment that is going into these properties is immense,” Hanna said of a handful of recently acquired hotels.

The result is a return to quality in the marketplace—not only in product but in service, MacCann said.

“One thing that people do return to more quickly than anything else is quality. Quality is the first standard that survives. All the products in the country here that were driven by quality were the first to see a turn to their business,” he said.

Hoteliers are optimistic that quality will entice travellers from Great Britain and elsewhere back into the market at levels akin to the pre-recession peak.

“The Irish hotels sector has experienced a positive start to 2013 with overseas visitor numbers up over 8% in the first half of the year,” Hilton’s Cassidy said. “2013 has been the best year for tourism in Ireland since 2009, and there is a general view that whilst conditions are still challenging, the tide is turning and there is a new market confidence.”