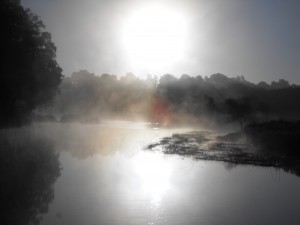 With the modern road infrastructure now available in Ireland it is easy to stay in Dublin and take day tours or trips to the Boyne Valley. The Boyne Valley is not simply a tourist attraction or a manmade creation, The Boyne Valley is the very essence of Ireland, The Boyne Valley is where our ancestors lived many thousands of years ago, it is where The High Kings of Ireland sat and carved out an ancient political landscape, it is where King William of Orange and King James Battled it out for the throne of England. It is also the scene of Hollywood block-busters such as Mel Gibson’s Braveheart. This is a landscape that is battle torn and pock marked with ancient passage tombs, monastic ruins, flowing rivers, and the echoes of an ancient people. This picture was taken 27/7/2013 at 5am on the Boyne. 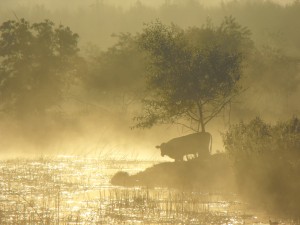 The Boyne Valley maintains its culture and traditions through art galleries, farmers markets, cultural centres, museums, music festivals, farming festivals, Gaelic games and so much more. The Boyne Valley is famous for its modern rock concerts at Slane Castle, Threshing fair at Moynalty, Family Fun at Tayto Park, Fishing on the River Boyne, ancient tombs at Newgrange, the list is endless.

It is easy to stay in Dublin and enjoy the history, culture and heritage of the Boyne Valley, you can enjoy the echoes of Ireland’s ancient history during your day trip and return to Dublin City for the Night Life. Such a combination allows you to discover Ireland’s authentic past and map that to the modern Ireland to be discovered in Dublin. This picture was taken 27/7/2013 at 5am on the Boyne.

If you like the great outdoors you will not be disappointed in the Boyne Valley, you can enjoy golfing, horse riding, Boyne River fishing, horse racing on the beach and on grass, canoeing , kayaking, air-ballooning and so much more. 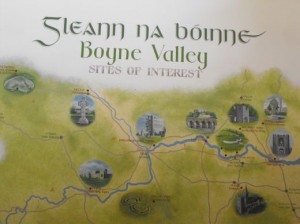 If you like to walk through history, enjoy Trim Castle, Donaghmore Church and Round Tower dating back to St Parick, Newgrange, Slane Castle, much of which can be enjoyed free of charge.

Certainly one of the greatest attractions in The Boyne Valley is Newgrange or locally known as Bru na Boinne, this prehistoric chamber holds the tombs of an ancient people and it is so important both in Ireland and in world heritage that it has received the honour of a World Heritage badge from UNESCO.

The Boyne Valley offers tours of Newgrange, the Hill of Tara, Trim Castle, Monasterboice, Slane Castle and so much more, whatever you want to do, it can be done in The Boyne Valley. Whatever, your taste, be it culture, fishing, sport you will find it in The Boyne Valley, you can stay in Dublin and travel a short distance to enoy passage tombs, sacred hills, lush green valleys, monastic ruins, heritage towns, art galleries, farmers markets, festivals and so much more. 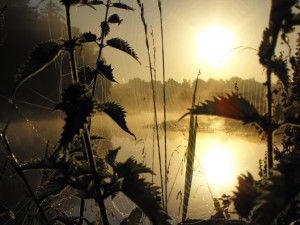 Leinster is one of the four ancient provinces of Ireland and takes in Dublin and Meath as two of its largest catchment areas. The River Boyne provides Leinster’s main waterway, and it is the historical power and influence of the River Boyne that has helped to carve out a rich and continuously discovered array of settlements along its path through the green valleys through Meath and Louth. It is this discovery of ancient settlements that has allowed for the creation of the information centre at the Newgrange and Dowth sites at Bru na Boinne, which together form one of the most important and largest megalithic sites in Europe. This picture was taken 27/7/2013 at 5am on the Boyne.

The Boyne Valley holds the treasure that is Trim Castle, however, Trim is not a one site town, Trim is home to some of the finest medieval towns in Europe, also to be enjoyed in Trim is Mellifont Abbey, the earliest Cistercian Monestary established in Ireland, and the Hill of Tara, which is known worldwide as the ancestral home of the High Kings of Ireland.

Mel Gibson choose Trim for the setting of his movie Braveheart, due to the authenticity that Trim offered in terms of a medieval setting and architecture.

Battle of the Boyne 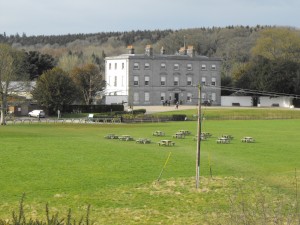 Thanks to the tireless work of many over the past number of years, The Battle of the Boyne has a wonderful visitor’s centre that is both educational and recreational. The battle field that seen King William and King James face-off in a fight to the death for the English throne on the 1st July 1690 is now clearly set out with information boards and guided tours. This ancient battle is celebrated each year on the 12th of July in the north of Ireland, as King William won the battle on behalf of Protestantism. Irish Catholics tend not to celebrate the Battle of the Boyne as it is seen to mark a time when Catholicism was suppressed.

Whatever ones view of the Battle of the Boyne, that view can now be moulded more clearly as one walks through history at the Visitor’s Centre where audio-visual displays, actual weapons from the battle, battlefield walks are all available to anyone interested in discovering the true history of this momentous battle. During the summer season many real life re-enactments of the Battle of the Boyne take place.

Think the Boyne Valley holds many treasures and Lord Henry Mount Charles of Slane Castle, whose family played it safe and fought on both sides at the Battle of the Boyne, presides over one of the best known Castles in Europe.

Lord Henry is the man responsible for bringing mega rock acts such as Bon Jovi, Bono and U2, The Rolling Stones and Madonna to Meath. Slane was also where U2 recorded The Unforgettable Fire album. Ironically, Slane was engulfed in a blaze itself in 1991, but it has since been rescued and restored to its former glory by Lord Henry, who now also intends to distil his own brand of Irish Whiskey.

This entry was posted in The Boyne Valley Meath and tagged battle of the boyne, new grange, Slane Castle, The boyne valley, tourist information, Trim Castle. Bookmark the permalink.